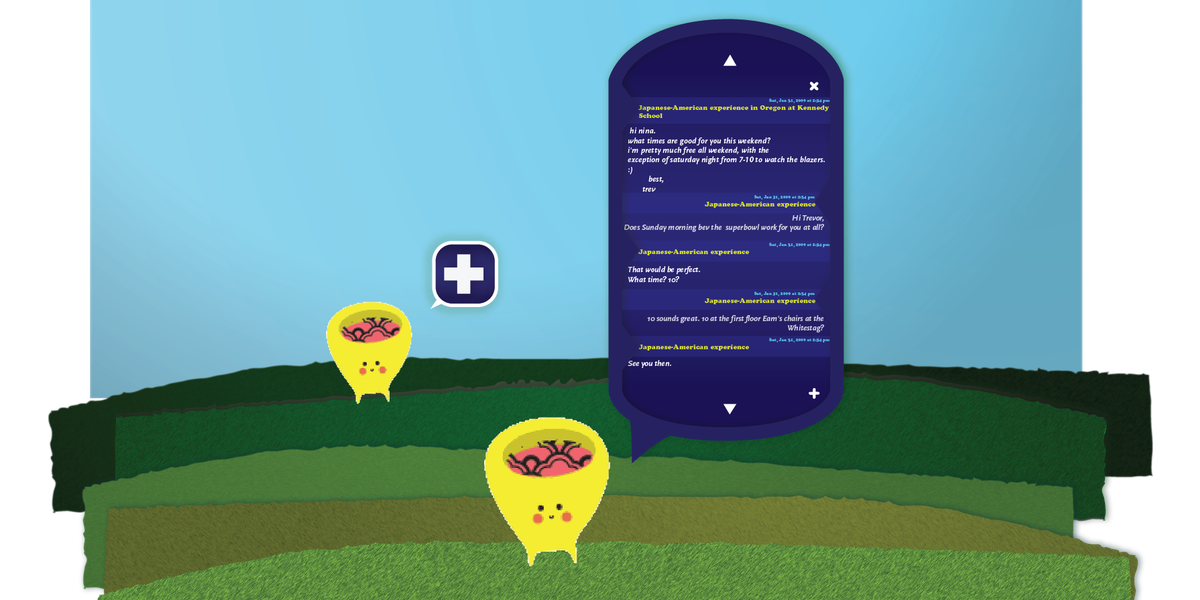 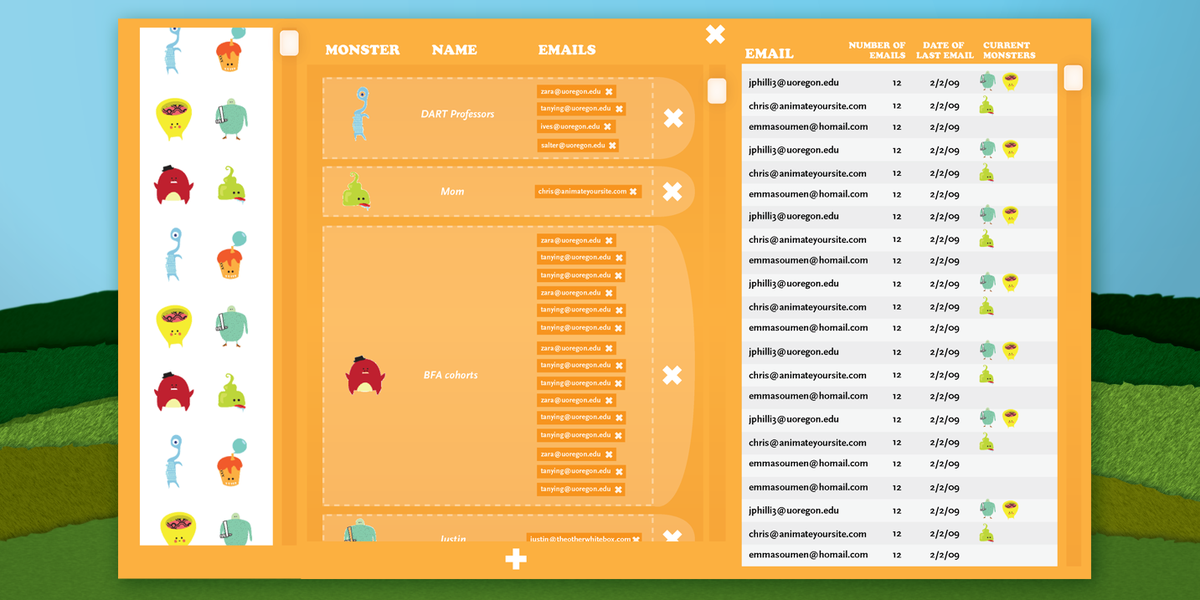 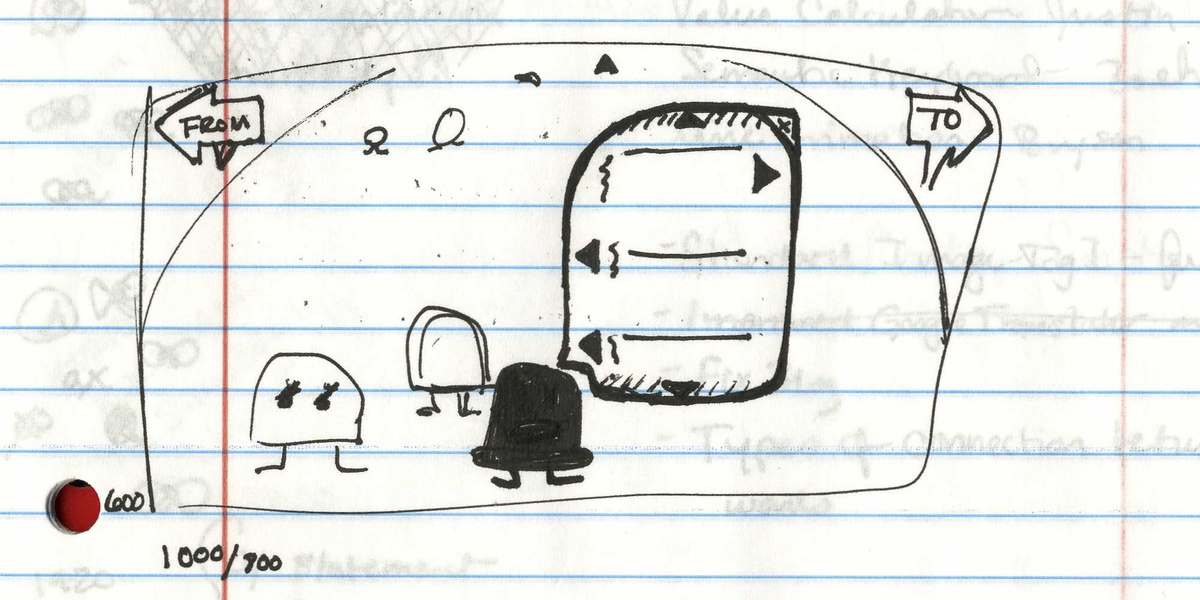 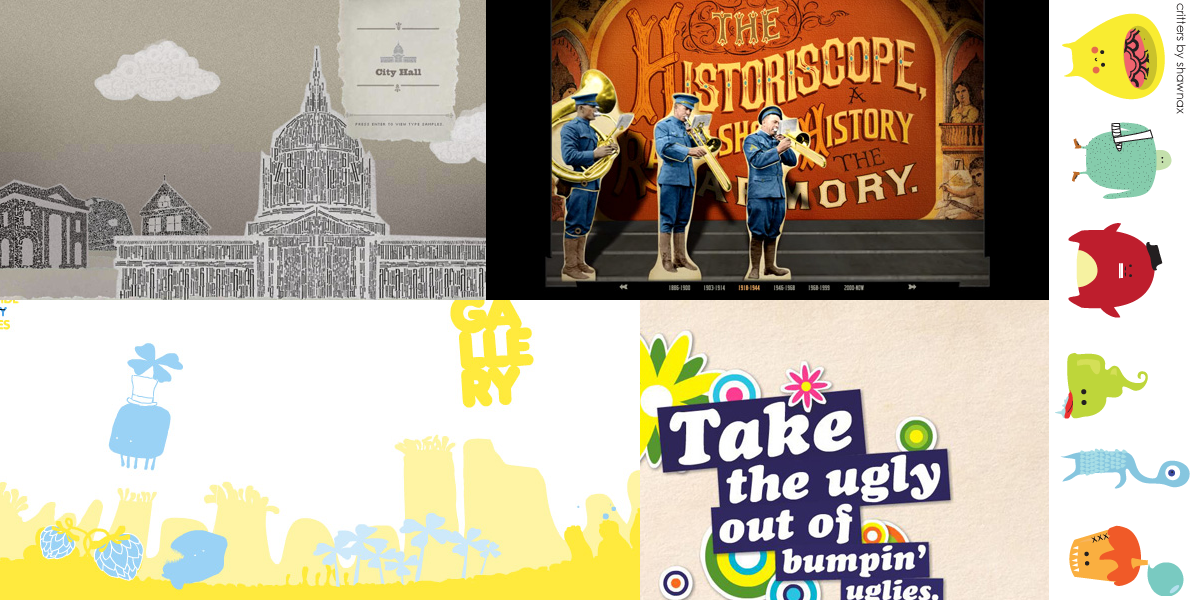 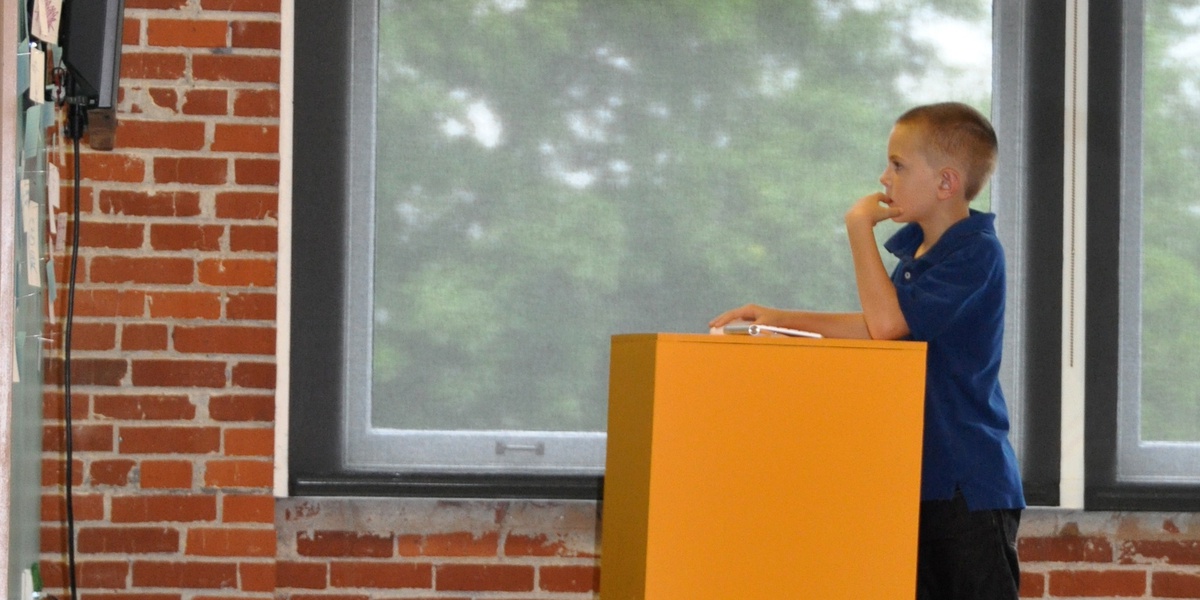 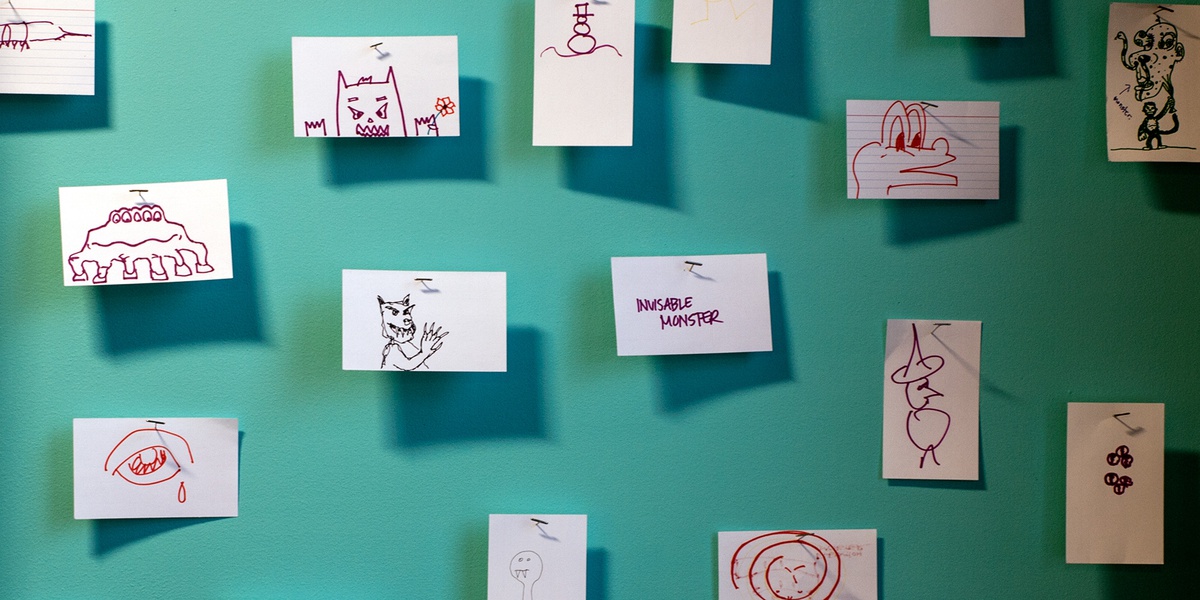 Monsterface rethinks the email interface by abandoning old paradigms of databases and tables and reintroducing a sense of play and individuality. I developed and presented Monsterface as my thesis project for my digital arts BFA.

Monsterface is targetted for children, who are typically engaging in interactions with specific people they know. In order for a child to read or write emails to someone, they must create a character to represent that person. From then on, they simply interact with that character.

This email program eliminates the problem SPAM by using a whitelist paradigm for email, and in doing so, the program removes the gatekeeper burden from the adult and empowers the child to be creative.

Emails are automatically compiled into simple conversations with a character. The character appears in a field; the closer to the front they are, the more recent the conversation.

Justin Phillipson and Shawna Huang illustrated monsters and monster parts for the prototypes.